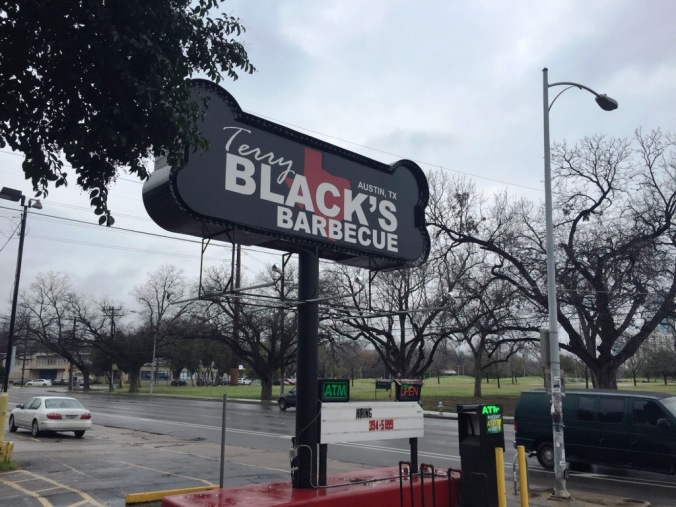 Rudy: Terry Black’s opened up this past year in Austin and has tried to piggy-back off the Black’s name, which is synonymous with barbecue in central Texas. Terry Black is from the Black’s Family in Lockhart and his son’s have started this venture in an attempt to use the family name to attract customers. I wanted to try Terry Black’s to see how it compared to the original. Truth is, it did not compare nearly as well, but that doesn’t mean it wasn’t good.

I started with the brisket, which had a thick bark and lots of flavor. I got the end piece, so I was able to taste lots of smoke and seasoning. However there was not a great consistency to the meat and the fat was not evenly rendered, leaving parts of the fat uneaten on the plate. Probably a good thing for me overall to not eat all the fat, but it took away some of the flavoring to the meat.

The sausage was great. I always like getting jalapeno and cheddar sausage because the spice and the creamy cheese create a great mixture. This was no different, and probably the best thing I had.

Monk: The brisket is a given, but when I make it back out to central Texas I look forward to trying all of the different types of sausage. I’d say its sneakily one of my favorite smoked meats.

Rudy: I agree. Sausage is usually my favorite too because they are so different everywhere and usually very good. Most times they are my part of my standard order.

Speedy: Rudy, I must say I’m a little disappointed that you didn’t tackle the beef rib. After the experience at Black’s, I feel like that would’ve been my number one priority.

Rudy: I understand, the two problems with the beef ribs are that they are so expensive and they are so big that you don’t have room for anything else.

Monk: Which brings up a good question. As for your “standard order” – I may be mistaken but it doesn’t seem you always go for the so-called “Texas Trinity” of brisket, sausage, and ribs (beef or pork). Is it a matter of preference (and possibly stomach space) or moreso economics?

Rudy: A little of both. Brisket prices are getting out of control here, so ordering a meal and trying multiple meats starts to get expensive. It’s not like getting a barbecue sandwich or plate in NC. I could order small portions of each but I feel strange ordering 1 rib, ¼ pound of brisket and part of a sausage. I just made a decision when I started that I was always going to try and get brisket and sausage and judge as many places on the same criteria. However there are times that I do get ribs (beef or pork) just to mix it up and try something new.

Terry Black’s, like Black’s in Lockhart serves their sides in a cafeteria style. I opted for the cream corn, which was fine, but nothing great. With all the sides just sitting out under the heat lamps, it’s not the most appetizing, but they do have many more selections that most other barbecue restaurants.

Overall, Terry Black’s Barbecue is not great, but it is pretty good. The parts that I liked the most, and will probably keep me coming back, is that there was plenty of parking, seating, and the line moved fast, meaning you get your food quickly. I know those factors shouldn’t be the biggest selling points to a restaurant, but when there are many other places in the city that have 1-6 hour waits, being able to get in and get above average barbecue without a huge hassle is a big bonus. 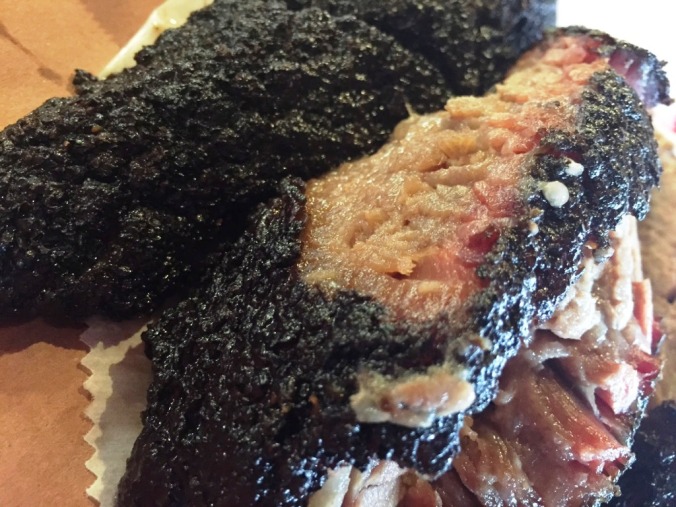 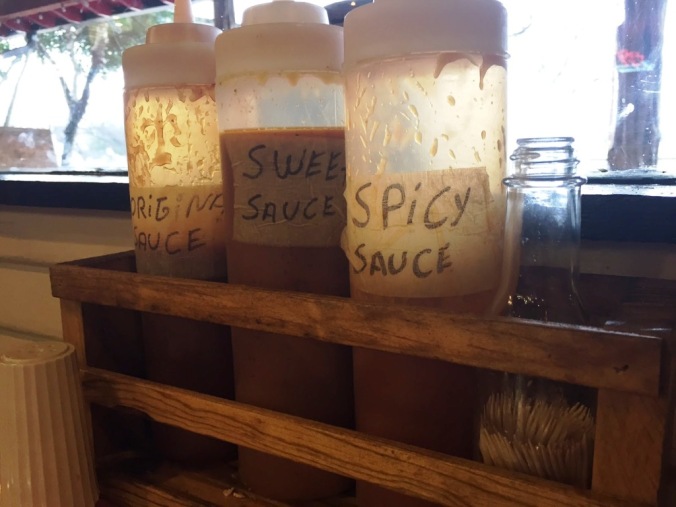