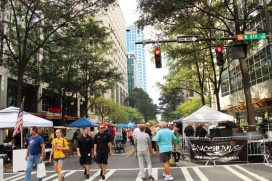 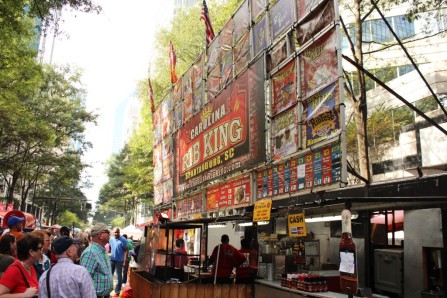 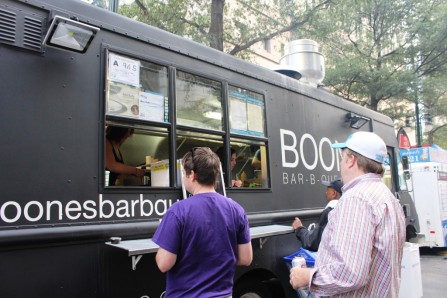 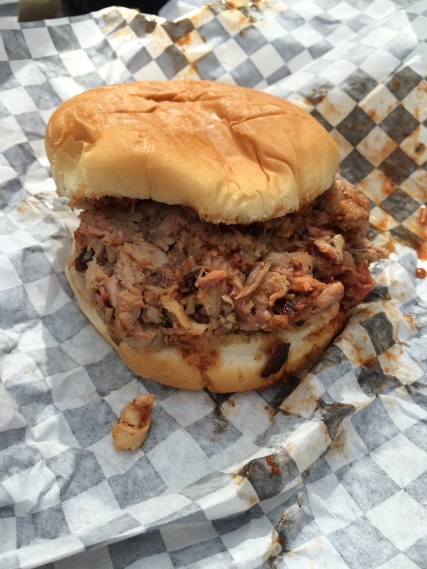 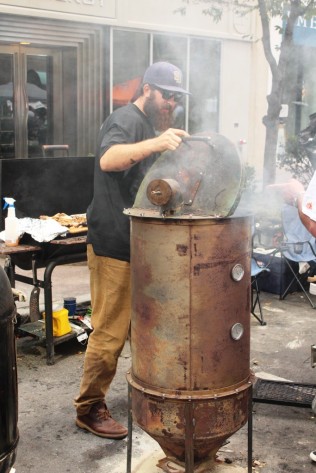 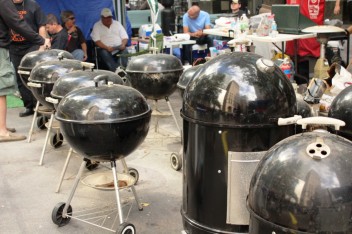 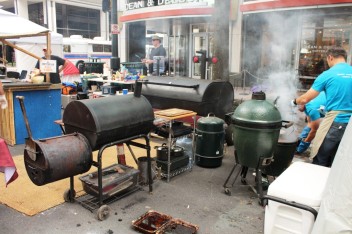 A few photos from last weekend’s Q-City Charlotte BBQ Championship, now a NC BBQ Association sanctioned event. Whether it was due to the change in sanctioning bodies or different organizers, I enjoyed the changes to this year’s version of the festival a lot. The barbecue competitors were more front and center, lined up on S. Tryon Street instead of being an afterthought to a street festival. There were also several more professional barbecue vendor options to choose from to eat. All in all, not a bad way to spend a few hours on a beautiful autumn Saturday morning.