Monk: I’m not a competition barbecue guy in that I haven’t ever participated in one and I don’t really go out of my way to attend them. The ones I’ve been to have mainly been smaller ones in Charlotte when its easy and convenient. However, when my neighbor, a former Memphis resident, insisted I come with him and join his former barbecue team at the 2018 edition of Memphis in May, it was hard to turn that opportunity down. 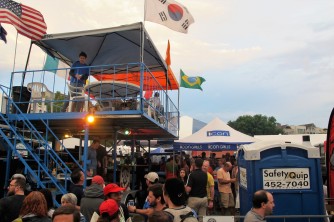 The Cotton Pickin’ Porkers home for the festival

The Cotton Pickin’ Porkers have been competing in the World Championship Barbecue Cooking Contest for over 20 years and is comprised of a great group of guys: Bob is the team captain, Sleepy was the lead pitmaster, Heavy plays the role of muscle and bouncer, and there were countless others who filled various roles on the team. And they all welcomed me in pretty quickly. I wasn’t going to be expected to help with the whole hog – they’ve got their process down – but I would try to pitch in where I could whether that meant picking up kegs for the booth from the gate, leading flip cup tournaments, or setting up tables and chairs for dinner. Their booth, and my home for the weekend, was a two story structure with a smoker in the center with dedicated prep area, lots of tents providing shade, a frozen margarita machine running 24/7, and 3 kegs available at all times (though the two craft beer kegs were for team members only).

The Beached Pig team on one side – where David Grohl

On one side of our booth was a team called The Beached Pig out of Nashville, who had a peculiar setup in that they were the only team who had a chain link fence surrounding their area with black fabric panels providing privacy. I would later come to learn why: Dave Grohl of Foo Fighters was on their team for the weekend. And he was just hanging out drinking beer and shooting the breeze…literally all weekend long. No security, no entourage, just Dave and his apparent buddies from The Beached Pig competition team (though I never did learn what the connection was).

On the other side was the team from The Shed, the famed barbecue restaurant in Ocean Springs, MS, that had an army of workers and camera crews following them around all weekend and documenting on video and photo. Oh, not to mention they had some recent success at the competition – just a small matter of being 2015 Grand Champions. Cotton Pickin’ Porkers has had some success themselves in whole hog – a 4th in 2013 and a 3rd in 2014 – but if our immediate neighbors were any indication, it was going to be a tough competition. 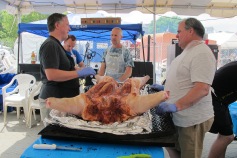 Whole hog prep began Friday morning. The hog was trimmed before I arrived there mid-morning and yellow mustard was being slathered all over before a rub (dubbed “Uber Rub”) was applied to the inside of the hog. A handful of Boston butts were also brought out and some where butterflied while others stayed in tact but all were injected with a solution. These would be placed on top of the hog in the smoker so that certain parts of the hog – the loin in particular – wouldn’t dry out before the fattier parts cook. Being a newbie, I don’t know if this is a common technique in competitions but it was something I hadn’t seen before. Then, the hog with the shoulders on top was loaded into the smoker, its home for the next 24 or so hours. 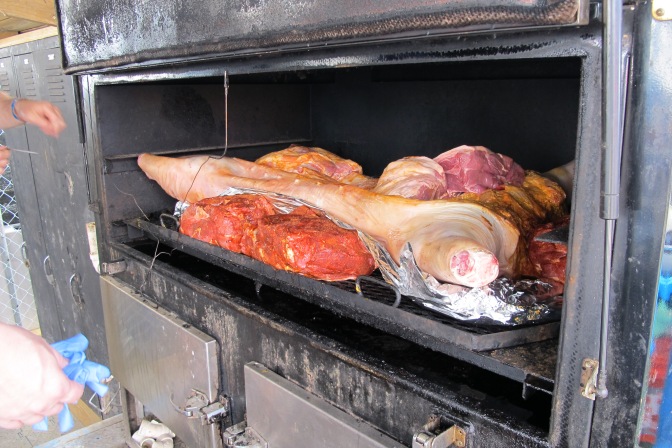 Our smoker set up was certainly different than The Shed, who sat their hogs (that’s right, plural) upright in their custom smoker made from an old pickup truck. 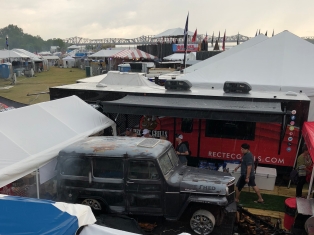 A few hours later, the team rotated the hog in the smoker and adding towels. I assume the towels are to retain moisture but never got exactly what purpose they served. 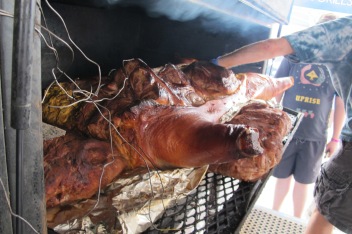 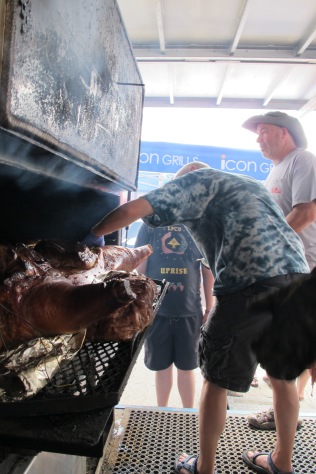 Another two or so hours after that, the hog was pulled out again and covered in foil. This time, the hog was left in (I believe) for the night until early Saturday morning. 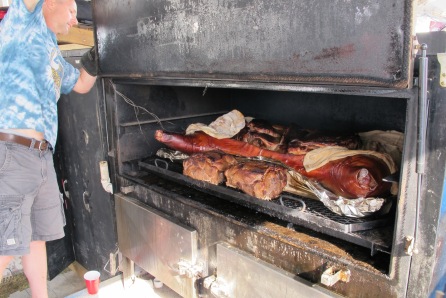 At that point, the Cotton Pickin’ Porkers booth turns into a dinner for the team and their invited guests before a straight up dance party, going into the late hours. Now if you are Sleepy, one of the head pitmasters, you are calling it quits somewhat early after dinner so that you can wake up and get back to the booth at 5am the next morning to tend to the hog. If you are someone like me who has no specific responsibilities, you stay late and rage. Many jello shots, Kahlua strawberries (yes, you read that right), margaritas, and beers later, I called it a night (but not before getting a late night soul burger at Earnestine and Hazel’s). After a slow start to the morning, I didn’t make an appearance until close to 11 the next morning. 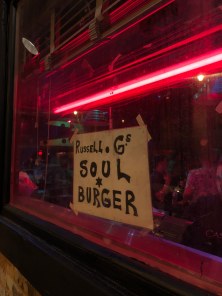 For whole hog, blind box turn-ins are at 12pm noon on Saturday and the judges start coming by at 12:15. Around 11 some of the team starts building the blind box… 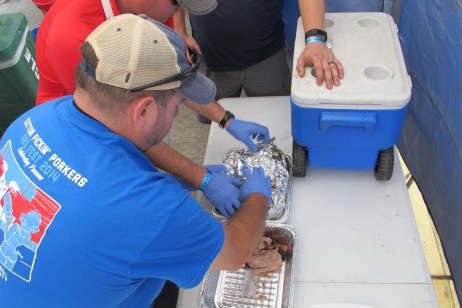 …while others dress and garnish the whole hog for the judges presentation. 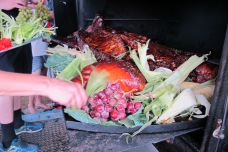 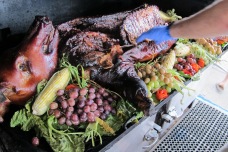 The three judges come by, one by one, and the team is feeling about as good as possible after its all said and done (well, Sleepy said he never feels good even when they’ve won but at least it was over). A couple judges even come back and give positive feedback, though signaling that we came in behind The Shed but ahead of The Beached Pig out of our block of teams. A bit later, a judge comes by The Shed to let them know that they are finalists and they erupt in wild cheering. Of course, we aren’t so lucky but there’s always a chance to get a call and make the top 10.

My neighbor and I then stepped away to hit up Beale Street for the afternoon only to find that not only did we miss the team photo, but I missed my best chance to meet Dave Grohl. UGH.

Also while we were away, apparently the competition liaison gave our team captain Bob the impression that we definitely want to show up for awards ceremony. Who knows what exactly that means – could it be a top 10 placement or are they just wanting to make sure that folks show up for the awards (though I doubt this is a problem)? 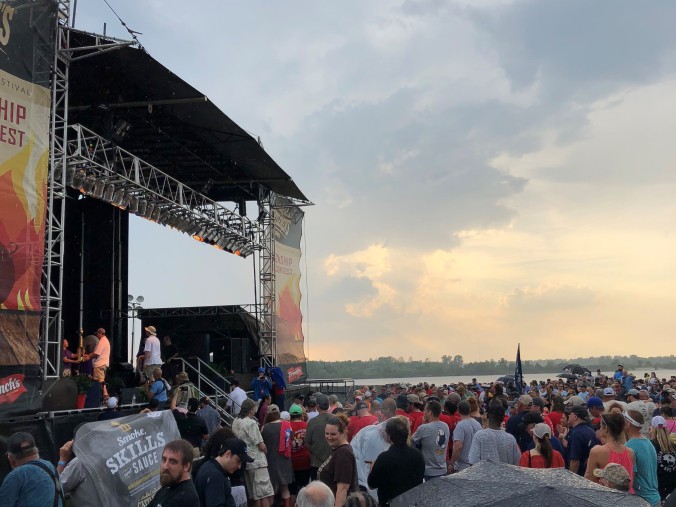 Everyone on the team is hopeful for a top 10 and all but we make our way to the stage right at 6 for the awards ceremony…only to not end up getting a call. Our neighbors The Shed not only win 1st place for whole hog but they end up winning the entire shooting match – grand champions for the second time.

Aside from the competition itself, I got to meet a lot of great people at barbecue fest: Jess Pryles of the Hardcore Carnivore cookbook and rubs, Matt Pittman of Meat Church who has judged on BBQ Pitmasters, Bryan Furman of B’s Cracklin’ Barbecue in Savannah and Atlanta was smoking wings and brisket at BBQ Alley, and when Speedy visited for a few hours Saturday we ran into our old buddy Elliot Moss of Buxton Hall Barbecue who was helping out on the Peg Leg Porker shoulder team. 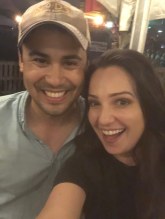 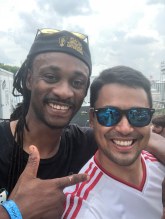 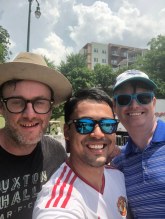 I had always heard what a great time the Memphis in May barbecue fest was, and now I can definitively say so for myself after four days of partying and barbecue. Regardless of the outcome of the competition for us, I had a blast and hope to join the Cotton Pickin’ Porkers again next year and help bring home some hardware. 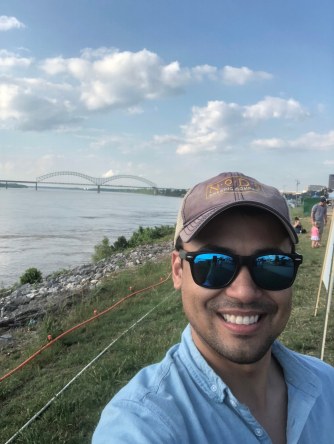 Another shot of the river 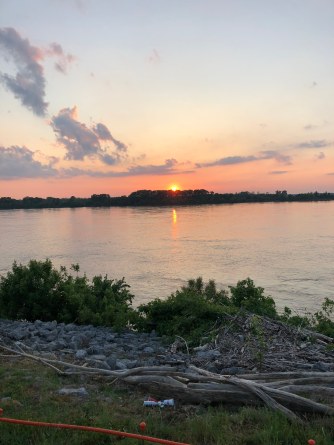 Sunset over the Mississippi

Homemade Lexington-style barbecue dog from last week’s pork butt cc @robertfmoss
Classic design from an old friend last weekend -Monk #tbt #tbt❤️ #tbthursday
A different kind of takeout. @blacksbbq -Speedy
In this week’s review, Monk visits the Park Road location of a Charlotte standby, @midwoodsmokehouse, to try their weekend beef rib special. How’d Midwood’s version of the Texas specialty turn out? Hit the link in profile.
Real happy with how the pork butt came out today. In these weird times, it’s reassuring to know that just table salt and a pork butt smoked over basic charcoal still comes out delicious. -Monk
Support your local barbecue restaurants if you are able. Last night from @midwoodsmokehouse I got a half rack of dry-rubbed ribs small plates with mac and cheese that comes with a few hush puppies and pickles. Mrs. Monk got a Midwood salad with chopped pork. Nice way to break up the monotony of cooking from home. -Monk
#wbw Never a better time than now for curb service. Before #covid_19 there were still a few Lexington-area barbecue restaurants out there that did curb service. Now, there is almost certainly a lot more. This is from Rick’s Smokehouse in Welcome. -Monk
John Brown Smokehouse’s theme commemorates a Kansas civil rights activist of the 1850s. How would it’s barbecue fare at 9pm on a Monday night? This week’s review is available at the link in our profile.
This pair of @camelback_smokers at @littlemissbbq in Phoenix produced some of the finest brisket that Speedy’s had - in or out of Texas. Just how did it stack up? This week’s review is at the link in our profile.